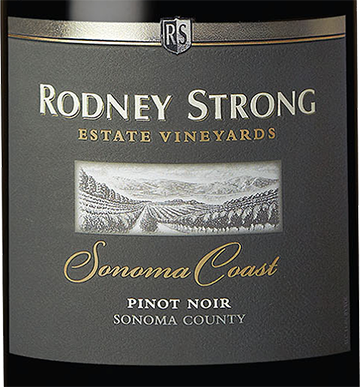 Grown in one of the coolest areas within the Sonoma Coast region, this traditionally made Pinot Noir is a medium bodied wine with aromas of black cherry, pomegranate and a purple floral note. On the palate, delicious plum, cola and cinnamon are balanced by crisp acidity with a smooth and silky finish.

Enjoy this wine now with charcuterie, mushroom risotto or grilled salmon or cellar it for enjoyment in 2 to 4 years.

Situated in the Southern and Western end of Sonoma County, Sonoma Coast is a distinct region that is directly influenced by the Pacific Ocean and is known to produce Chardonnay and Pinot Noir of exceptional complexity with true varietal and terroir characteristics unique to the region. Sonoma Coast's climate means the region is ideally suited to cold-climate viticulture, encouraging the full expression of both Chardonnay and Pinot Noir, which are very different to those from warmer regions. Our Pinot Noir comes from two distinct areas of Sonoma Coast - a majority from Green Valley and the remainder from Petaluma Gap. Green Valley is known to be the coldest area within the AVA with a strong coastal climate influence due to constant fog in the miles near the Pacific Ocean and the channel created to bring that fog further inland via the Russian River and Petaluma Gap. Combined with its unique soil type - Goldridge, Green Valley Pinot Noir exhibits unique characteristics true to cool climate Sonoma Coast and our vineyards within Green Valley help us create an exemplary medium-bodied, lively and elegant Sonoma Coast Pinot Noir.

A mild, dry winter encouraged early bud break in Sonoma County in 2014. The growing season was very warm overall, but tempered by some overcast days in late July and late August plus a heavy drizzle in early September. This Pinot Noir was harvested from vineyards in Sonoma Coast between August 27 and September 5.