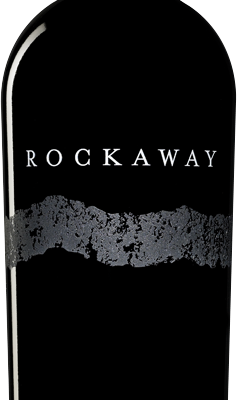 2014 was a gift from Mother Nature to winegrowers in Sonoma County. Most of the rain for the growing season came late, in February and March, followed by a warm and dry spring. Bud break was early and the warm summer sun ripened the fruit without any complications through Harvest. Most of the Cabernet was picked by the time we received a light rain on the evening of September 17. We took a break from picking at Rockaway, allowing the vineyard to completely dry out, and for the sugars to accumulate in the last few blocks of Cabernet and Petit Verdot at the very top of the vineyard, which we picked on October 6.

The Alexander Valley AVA is 22 miles long, ranging in elevation from 150 to 1500 feet above sea level, and is home to our three single vineyard Cabernet Sauvignon wines. Our winegrowers have found the very best grapes grow on higher elevated western slopes, or as they say, the “sweet spots”. Spread throughout our three vineyards, we’ve determined the best blocks are typically located just below the ridge tops with a western facing aspect to capture the full warmth and light of the afternoon sun. In the northernmost hills near our Brothers vineyard, with average growing-season temperatures of 67 degrees, heat dominates, allowing Cabernet Sauvignon to ripen well. In the middle of the valley, Rockaway vineyard, with average temperatures of 62 degrees, balances heat and Pacific Ocean cooling breezes – allowing for classic structure development. The even cooler Alexander’s Crown vineyard, with average temperatures of 59 degrees in the southern valley, yields more delicate, “feminine” style Cabernet Sauvignon. In the distance of only 12 short miles, average temperatures change eight degrees among our vineyards during growing season, thereby allowing three very different expressions of Cabernet Sauvignon.

Established in 1994, Rockaway is planted mostly to Cabernet Sauvignon and Merlot, but includes all five of the classic Bordeaux varieties. Rising up to an elevation of 750 feet, the land generally slopes northeast and southwest, with soils comprised of gravelly clay subsoil over fractured sandstone. This well-drained, low pH earth tends to encourage the production of small-berried clusters, ideal for making a bold, concentrated Cabernet Sauvignon with juicy red and black fruit character, and an elegantly round and seductive mid-palate.